All Star – logo for e-commerce and traditional businesses
Rated 4.50 out of 5
$8 Add to cart 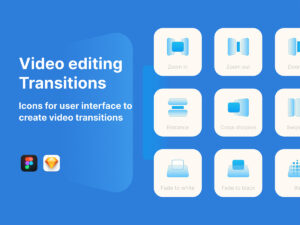 All Star – logo for e-commerce and traditional businesses

A unique logo that is perfect for your new business
Compatibility: Figma, Sketch, SVG
8.5 Mb in one zip file

Function: This mark can be used as the main brand of a company whose name begins with “A”.

Context: The logo can be used for both e-commerce and traditional businesses.

Subject matter: The mark was designed and inspired by the “Converse All Star” logo on some models of shoes.

Concept: The design concept is to convey the visual aesthetic and plasticity of a star, which is inscribed in the letter “A”, characteristic of high modernity. The idea of the logo is to comment on the classic “Converse All Star” brand – the five-pointed star in the letter “A” at the same time leaving the movement to the right inherent in the modern Converse mark.

Find me on UpWork or Fivierr and just display your contract.I’m looking forward to making the best design for you.